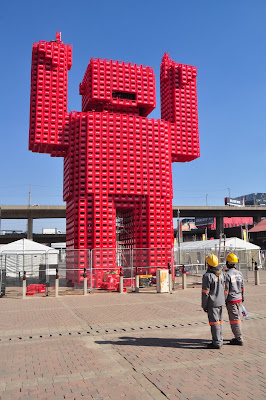 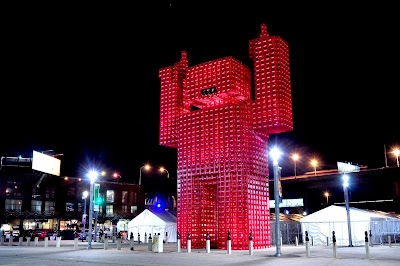 After a lengthly gestation period of 3 years, cratefan lives. He's over 16ft high and consists of a inner skeleton of scaffolding and then clad with over 2600 1.25l coca-cola crates. 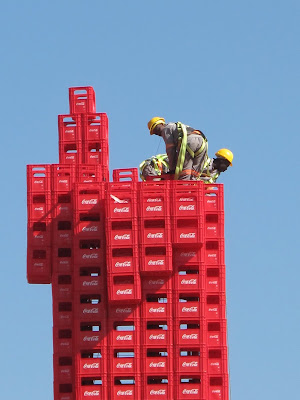 Its a recycling initiative with Coca-Cola South Africa. Nothing was manufactured for the project, we only used components and parts that exist in the different systems. Everything will be reused after the World Cup - the scaffolding will be dismantled and used by SGB again and the crates will be put back into the Coca-Cola system. The crates that were damaged and the cables ties will be recycled. 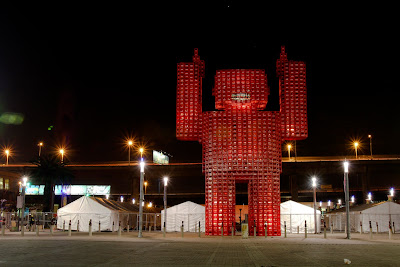 Thanks Coke for finally believing it was possible and thanks Lesley Perkes and Mark Sinof from Art At Work Art project Management for getting it all together and making the impossible possible. 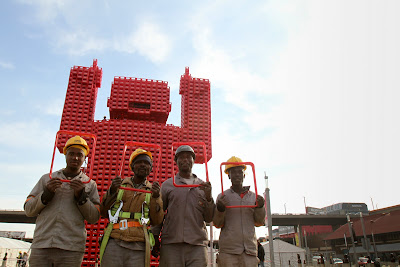 And thanks to Oupa and his team for such a fantastic tireless job. 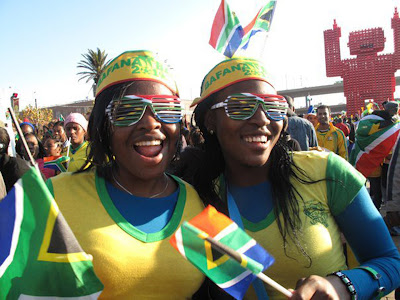