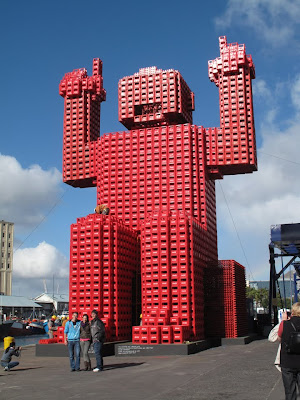 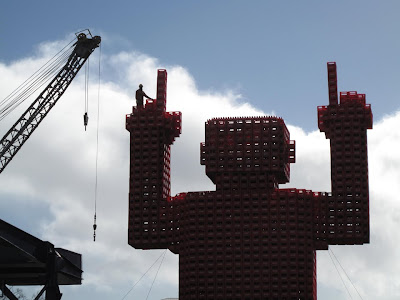 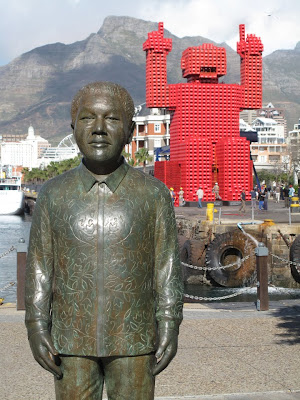 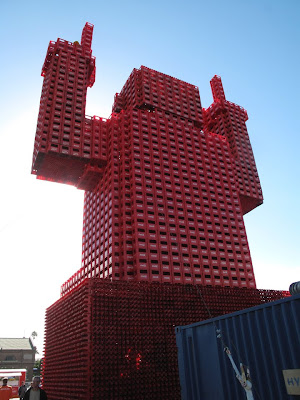 We have just completed the second Cratefan in the V&A Waterfront in Cape Town.
This one is about keeping the excitement going after the world cup road show leaves our shores.
Again it’s about recycling. Nothing is manufactured for the sculptures, we just use components from existing systems. The crates from the Coca cola bottlers system and the scaffolding from a scaf company. Afterwards, in this case July 2011) the sculpture is dismantled and the components put back into their respective systems. The crates that were damaged or cut will be recycled into new crates.
His name is Elliot. Named after the foreman of the construction team that built him.
Approximately 4200 coca cola crates were used to build this one and he stands 18 meters tall.
The project was sponsored by Coca-Cola and managed by Art At Work Art Project management.
Posted by Animal Farm at 4:44 AM